To carry the self forward and illuminate myriad things is delusion. That myriad things come forth and illuminate the self is awakening.
Those who have great realization of delusion are buddhas; those who are greatly deluded about realization are sentient beings. Further, there are those who continue realizing beyond realization, who are in delusion throughout delusion. When buddhas are truly buddhas, they do not necessarily notice that they are buddhas. However, they are actualized buddhas, who go on actualizing buddha.

When you see forms or hear sounds, fully engaging body-and-mind, you intuit dharma intimately. Unlike things and their reflections in the mirror, and unlike the moon and its reflection in the water, when one side is illumined, the other side is dark.

To study the buddha way is to study the self. To study the self is to forget the self. To forget the self is to be actualized by myriad things. When actualized by myriad things, your body and mind as well as the bodies and minds of others drop away. No trace of realization remains, and this no-trace continues endlessly. When you first seek dharma, you imagine you are far away from its environs. At the moment when dharma is correctly transmitted, you are immediately your original self.

When you ride in a boat and watch the shore, you might assume that the shore is moving. But when you keep your eyes closely on the boat, you can see that the boat moves. Similarly, if you examine myriad things with a confused body and mind you might suppose that your mind and nature are permanent. When you practice intimately and return to where you are, it will be clear that nothing at all has unchanging self.

Enlightenment is like the moon reflected on the water. The moon does not get wet, nor is the water broken. Although its light is wide and great, the moon is reflected even in a puddle an inch wide. The whole moon and the entire sky are reflected in dewdrops on the grass, or even in one drop of water.

Enlightenment does not divide you, just as the moon does not break the water. You cannot hinder enlightenment, just as a drop of water does not hinder the moon in the sky. The depth of the drop is the height of the moon. Each reflection, however long or short its duration, manifests the vastness of the dewdrop, and realizes the limitlessness of the moonlight in the sky.

When dharma does not fill your whole body and mind, you think it is already sufficient. When dharma fills your body and mind, you understand that something is missing. For example, when you sail out in a boat to the middle of an ocean where no land is in sight, and view the four directions, the ocean looks circular, and does not look any other way. But the ocean is neither round nor square; its features are infinite in variety. It is like a palace. It is like a jewel. It only looks circular as far as you can see at that time. All things are like this.

Though there are many features in the dusty world and the world beyond conditions, you see and understand only what your eye of practice can reach. In order to learn the nature of the myriad things, you must know that although they may look round or square, the other features of oceans and mountains are infinite in variety; whole worlds are there. It is so not only around you, but also directly beneath your feet, or in a drop of water.

A fish swims in the ocean, and no matter how far it swims there is no end to the water. A bird flies in the sky, and no matter how far it flies there is no end to the air. However, the fish and the bird have never left their elements. When their activity is large their field is large. When their need is small their field is small. Thus, each of them totally covers its full range, and each of them totally experiences its realm. If the bird leaves the air it will die at once. If the fish leaves the water it will die at once.

Now if a bird or a fish tries to reach the end of its element before moving in it, this bird or this fish will not find its way or or its place. When you find your place where you are, practice occurs, actualizing the fundamental point. When you find your way at this moment, practice occurs, actualizing the fundamental point; for the place, the way, is neither large nor small, neither yours nor others’. The place, the way, has not carried over from the past, and it is not merely arising now.

Accordingly, in the practice-enlightenment of the buddha way, to attain one thing is to penetrate one thing; to meet one practice is to sustain one practice.

Here is the place; here the way unfolds. The boundary of realization is not distinct, for the realization comes forth simultaneously with the mastery of buddha-dharma. Do not suppose that what you realize becomes your knowledge and is grasped by your intellect. Although actualized immediately, the inconceivable may not be apparent. Its appearance is beyond your knowledge.

Mayu, Zen master Baoche, was fanning himself. A monk approached and said, “Master, the nature of wind is permanent and there is no place it does not reach. Why, then, do you fan yourself?”

“Although you understand that the nature of the wind is permanent,” Mayu replied, “you do not understand the meaning of its reaching everywhere.”

“What is the meaning of its reaching everywhere?” asked the monk again. Mayu just kept fanning himself. The monk bowed deeply. 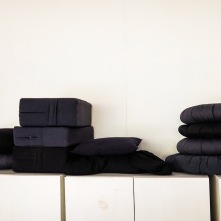 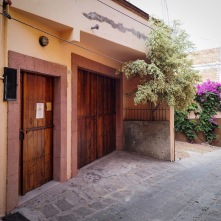 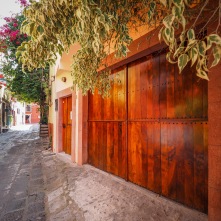 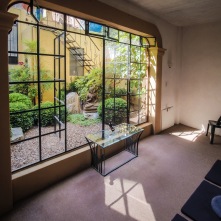 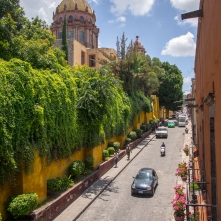 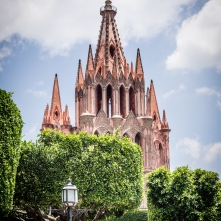 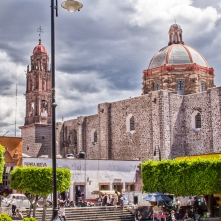